OS and GM SXS for LEJOG in the UK

My friend Steve is walking the LEJOG in 2010 (I guess that makes him a LEJOGger - as opposed to the JOGLErs who go North to South). Of course he is blogging about it - doesn't everybody?.

Even better, he's planning his route using Where's The Path, which is a fantastic side-by-side map site for the U.K. It shows Ordnance Survey topographic maps and Google Maps imagery in a cleverly linked view (similar to the VExGM web site I blogged about earlier this year, but even more useful). Here's a link to the most famous location in Britain (but I suspect it doesn't feature in many LEJOG itineraries, unless you're a real anorak for walking). 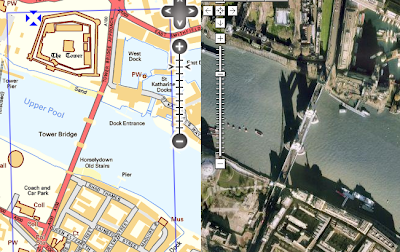 WTP also lets you digitize paths and export them to GPX and KML. Steve is finding the KML export particularly useful, since it allows him to locate all the pubs along the route of his walk.

Now, when is someone going to do this for Canada? All those prospective SJV'ers out there would be overjoyed!
Posted by Dr JTS at 17:12 No comments:

Earn a diploma with JTS!

(No doubt by choosing that title I've exposed by my blog to death by spam filter. Although if the ones with titles like "Increase your performance with JTS!" got through, maybe I'm ok.)

The Kungliga Tekniska högskolan in Sweden (isn't Unicode wonderful?) is offering a course on GIS Architecture. I was happy to see that they're using JTS as a tool for exploring the DE-9IM spatial relationship model, and also as an example of a Open Source geospatial library. 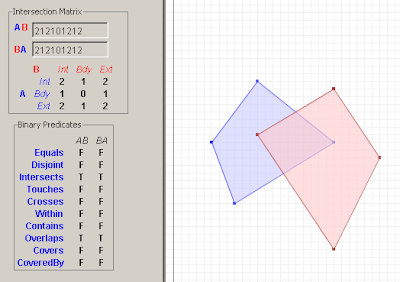