Nice to see that JTS is officially certified as compatible with Google App Engine. 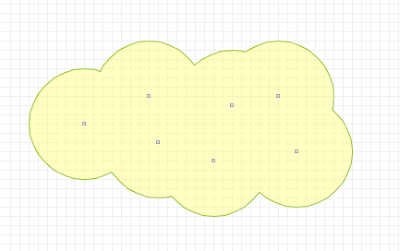 JTS makes clouds easy!
A few people have tinkered with running JTS in GAE (eg here and here). But the killer app has yet to emerge... How about a Java-based App Engine version of this?
Posted by Dr JTS at 10:10 No comments:

Sean's post suddenly made me realize that it might be really cool to have a nice set of Jython bindings for JTS (a la what Shapely has done for GEOS).

Now, of course Jython can call Java classes directly, so maybe this is an empty task. But perhaps there are some impedance mismatches which could be removed via some simple glue code. And it would be nice to provide some examples of Jython code using JTS, to make it easier for people to figure out how to get started.

And of course I'd throw in Proj4J as well!

If anyone has any ideas on what needs doing here, I'd like to hear them.

(This also makes me think that both Jython and JTS need some cool logos... I don't have any pictures to post!)
Posted by Dr JTS at 09:12 3 comments:

HatBox for Derby and H2

I just saw the HatBox spatial extension to Derby and H2. (Cute name - Derby, HatBOX - get it?)

And of course HatBox uses JTS!

This is great - H2 is a fantastic pure Java database, which has been crying out for spatial support. (Perhaps if this extension proves its worth it will be merged into the main H2 codebase at some point?)

However, HatBox is still a "user-space extension" - which means that it has not enhanced the SQL evaluation engine itself with knowledge about spatial indexes and when to use them. So to utilize spatial indexing you have to explicitly join to the spatial index table, which results in ugly SQL like this:

This is the same approach used in Sqlite and ESRI SDE and other spatial extensions which operate in user space rather than DB engine space (Mike Butler of SDBE fame used to call this "staying above the blood-brain barrier" 8^). Basically you are adding the index filter condition which for scalar indexes the SQL engine adds automatically.

In contrast, the "big boys" like PostGIS, Oracle, SQL Server, DB2, Informix, etc have actually extended their database engine to handle spatial datatypes and indexes. Most of these systems actually have provided a general extensibility mechanism which allows a clean separation between the engine core and the new datatypes. PostgreSQL is probably the one which takes this to the ultimate extent.

User-space spatial extensions are for a first approach, but it would be really nice to be able to play with the big boys and incorporate knowledge of spatial indexes and functions directly into the database engine. This should be easierto do in Java than in C - are you listening, H2?
Posted by Dr JTS at 08:48 2 comments: