I'm to announce that JTS 1.13 has been released.  It's available for download from SourceForge.

There is a long list of new features, enhancements and bug fixes in this release:

The always-readable Stephen O'Grady has an insightful post titled Do Not Underestimate the Power of Convenience.  He proposes that an increasingly important factor driving the uptake of software is the developer's drive for convenience.  "Convenience" is an, er, convenient term for things like ease-of-use, power, portability and low barrier to entry.  In the case of software the lowest possible barrier is provided by free open source software, but the principle applies to infrastructure as well (reflected by the rapid uptake of things like cloud computing and BYOD).  As evidence he lists a set of technologies whose prevalence has been driven bottom-up by developers, rather than top-down by corporate fiat.  It reads like the bill-of-materials for IT infrastructure in a start-up: AWS, Linux, dynamic languages, Git, Eclipse, etc.

One reason he gives for this situation is the pleasing (to my ears) observation that "Developers are the new Kingmakers" (which he discusses in detail in another post).  I suspect that these are mutually-reinforcing phenomena.  Developer's drive for convenience has led to the rapid evolution of open source software (and not coincidentally the improvement of the tools which enable its development).  This has led to the current situation where in many cases OSS surpasses commercial offerings, or at least is "good enough" to be used in demanding production environments.  Since the developers are the ones making the software, or at least are the ones who understand it, they need to be involved in the decisions to adopt it (if they aren't spearheading the adoption themselves). (And especially since there are usually no marketing people in sight...)

In fact, I contend that the drive for convenience is the motivation for many of the advances in software and computation.  A classic example is the ongoing quest to increase the concision of computer languages, by making them more expressive and provide a richer computation model.   Another is the evolution of systems which can easily automate mundane tasks (with examples including the rich shell and command-line capabilities of *nix and the increasingly powerful array of build tools - the best of which of course are free and open source.)  Developer's preference for software which is portable and standard is also driven by convenience - everyone wants their current favourite set of software available wherever they happen to be are working (and as expected, open source software typically exhibits the highest degree of portability).

As Larry Wall said, laziness and impatience are virtues for a programmer. 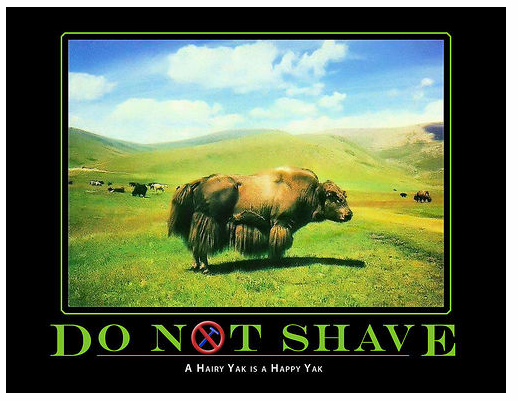 Taken to the extreme, the drive for convenience is simply another way of stating the ultimate goal of all compute science - to free computation from any limitations of space, time, money and power.  Put this way, O'Grady's thesis is almost a tautology.  But it's a valuable reminder of the constant need to push against the strong opposing forces of commercial interest and bureaucratic inertia.
Posted by Dr JTS at 13:50 No comments: