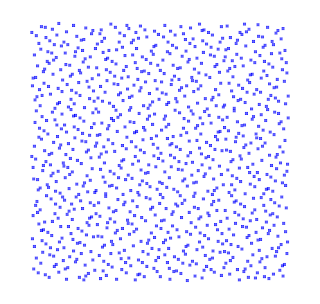 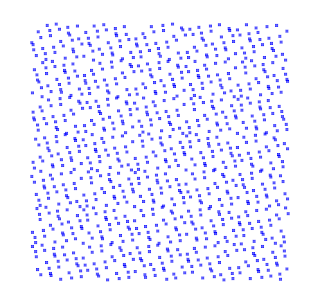 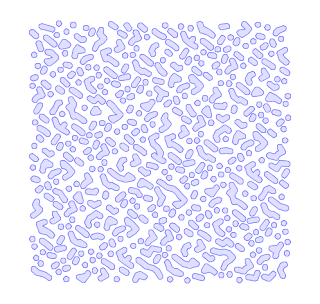 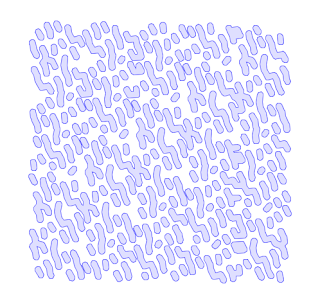 The complexity of simple

Recently Sean Gillies and others have been looking at the concept of geometric simplicity as implemented in JTS/GEOS, specifically in the case of polygons.  The TL;DR is that JTS has a bug because it reports the following polygon as simple: 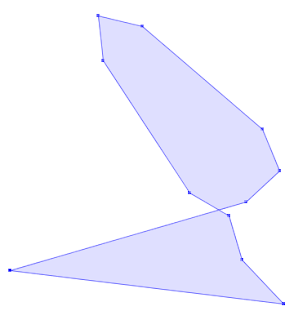 This polygon is invalid, because the shell ring self-intersects.  This means the ring is non-simple - but it's not so clear-cut for the polygon itself.

In fact, reporting the polygon as simple isn't a bug - it was a deliberate design decision.  The original rationale was:

For these reasons the initial JTS implementation of isSimple returned true for all polygonal inputs, thus avoiding the cost of checking for self-intersections.

However, perhaps it would be more useful to actually carry out some testing of simplicity.  This raises the question of what exactly are the semantics of isSimple for polygons?  Looking to the SFS for guidance, it has the following somewhat imprecise general definition of simplicity:


the Geometry has no anomalous geometric points, such as self intersection or self tangency. The description of each instantiable geometric class will include the specific conditions that cause an instance of that class to be classified as not simple.

For polygons the spec simply states:

(In contrast, for linear geometry the specification has a rigorous mathematical definition of simplicity.)

Apart from the "always simple" semantics, there are at least two other options:
Because option #2 simply replicates the semantics of isValid, it seems more useful to adopt option #1 to provide more possibilities for analyzing polygon topology (but I'm definitely open to suggestions about why #2 would be better!)

This change to the semantics of isSimple has been implemented in JTS and will appear in the 1.13 release.  The code will also be extended to handle GeometryCollections, with the semantics that they are simple if all their components are simple.
Posted by Dr JTS at 16:35 7 comments:

We're all in deep map now

A few thoughts on the Atlantic article on GooMaps...


As always, James Fee has a pithy comment and a great picture. The good news is you get a ping pong table in the office.  The bad news is that 2000 more map edits just came in, so get back to work!
Posted by Dr JTS at 13:51 No comments: