Stefan Steineger of the OpenJUMP project pointed out this great paper in Nature on The case for open compute programs.  The paper raises the argument for open source software to a higher plane, that of being a necessary component of scientific proof.  It points out that the increasing use of computational science as a basis for scientific discovery implies that open source must become a standard requirement for documentation.  Apparently some journals such as Science already require source code to be supplied along with submissions of articles.  Amongst other advantages, access to source code is an essential element of peer review.

An interesting example they mention is the infamous HadCRUT and CRUTEM3 meteorological datasets.  One of the (few) salient criticisms levelled at this information during Climategate was the inability to  reproduce the results by re-running the software. (Mind you, the software was probably a pile of crufty old Fortran programs mashed up by Perl scripts, so maybe it's just as well).

I'm looking forward to seeing JTS get cited in academic papers (actually, it already has been).  Maybe I even have a finite Erdos number!

It's maybe too much to ask that mere scientists be coding hipsters, but I noticed that SourceForge is presented as the leading example of collaborative software development.  Someone should introduce them to GitHub - which truly walks the talk.  Researchers in bioinformatics should be especially appreciative of the sweeping effect of recombinant software development it enables.

Why we were stronger in the 80's

I love this picture. Nowadays this functionality weighs only a few ounces, and we carry it in a pocket. 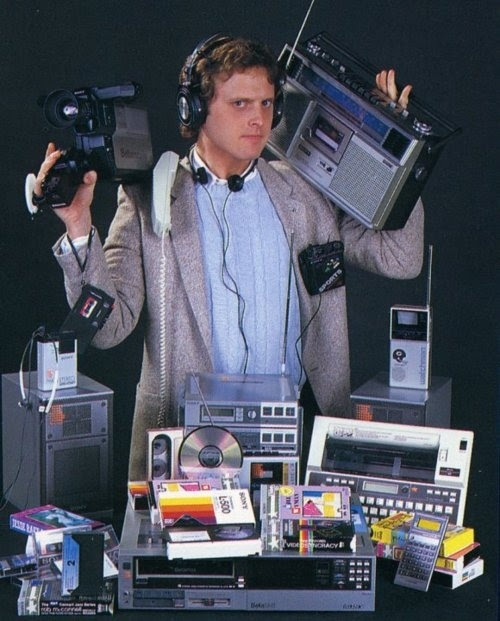