In a previous post I announced the new geosop command-line interface (CLI) for the GEOS geometry API.  This post provides examples of using geosop for various tasks. (Refer to the README for more information about the various options used.)

A key use case for geosop is to provide easy performance testing.  Performance of geometric operations is highly data-dependent.  It's useful to be able to run operations over different datasets and measure performance.  This allows detecting performance hotspots, and confirming the efficiency of algorithms.
As a simple example of performance testing, for many years GEOS has provided optimized spatial predicates using the concept of a prepared geometry.  Prepared geometry uses cached spatial indexes to dramatically improve performance for repeated spatial operations against a geometry.  Here is a performance comparison of the intersects spatial predicate in its basic and prepared form.
geosop -a world.wkt -b world.wkt -t intersects
Ran 59,536 intersects ops ( 179,072,088 vertices)
-- 16,726,188 usec    (GEOS 3.10.0dev)
geosop -a world.wkt -b world.wkt -t intersectsPrep
Ran 59,536 intersectsPrep ops ( 179,072,088 vertices)
-- 1,278,348 usec    (GEOS 3.10.0dev)
The example of testing the world countries dataset against itself is artificial, but it shows off the dramatic 16x performance boost provided by using a prepared operation.
Another interesting use is longitudinal testing of GEOS performance across different versions of the library.  For instance, here's a comparison of the performance of interiorPoint between GEOS 3.7 and 3.8.  The interiorPoint algorithm in GEOS 3.7 relied on overlay operations, which made it slow and sensitive to geometry invalidity. GEOS 3.8 included a major improvement which greatly improved the performance, and made the algorithm more robust.  Note that the dataset being used contains some (mildly) invalid geometries towards its end, which produces an error in GEOS 3.7 if the entire dataset is run.  The  --alimit 3800 option limits the number of geometries processed to avoid this issue. 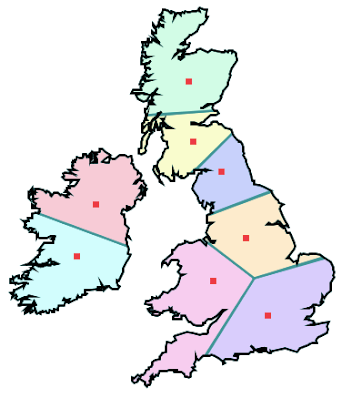 Introducing geosop - a CLI for GEOS

The GEOS geometry API is used by many, many projects to do their heavy geometric lifting.  But GEOS has always had a bit of a PR problem.  Most of those projects provide a more accessible interface to perform GEOS operations.  Some offer a high-level language like Python, R, or SQL (and these typically come with a REPL to make things even easier).  Or there are GUIs like QGIS, or a command-line interface (CLI) like GDAL/OGR.

But you can't do much with GEOS on its own.  It is a C/C++ library, and to use it you need to break out the compiler and start cutting code. It's essentially "headless".  Even for GEOS developers, writing an entire C program just to try out a geometry operation on a dataset is painful, to say the least.

There is the GEOS XMLTester utility, of course.  It processes carefully structured XML files, but that is hardly convenient.  (And in case this brings to mind a snide comment like "2001 called and wants its file format back", XML actually works very well in JTS and GEOS as a portable and readable format for geometry tests.  But I digress.)

JTS (on which GEOS is based) has the TestBuilder GUI, which works well for testing out and visualizing the results of JTS operations.  JTS also has a CLI called JtsOp. Writing a GUI for GEOS would be a tall order.  But a command-line interface (CLI) is much simpler to code, and has significant utility.  In fact there is an interesting project called geos-cli that provides a simple CLI for GEOS.  But it's ideal to have the CLI code as part of the GEOS project, since it ensures being up-to-date with the library code, and makes it easy to add operations to test new functionality.

This need has led to the development of geosop.  It is a CLI for GEOS which performs a range of useful tasks: 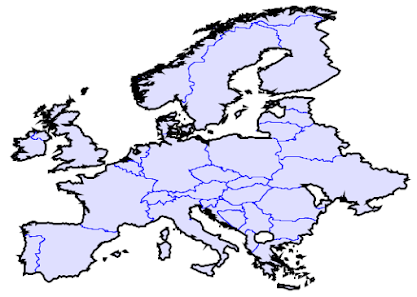 The README gives many more examples of how to use the various command-line options.  In a subsequent post I'll give some demonstrations of using geosop for various tasks including GEOS testing, performance tuning, and geoprocessing.

There's potential to make geosop even more useful:
And of course, work will be ongoing to keep geosop up-to-date as new operations and functionality are added to GEOS.
Posted by Dr JTS at 17:31 No comments: