The previous post discussed polygonal coverages and outlined the plan to support them in the JTS Topology Suite.  This post presents the first step of the plan: algorithms to validate polygonal coverages.  This capability is essential, since coverage algorithms rely on valid input to provide correct results.  And as will be seen below, coverage validity is usually not obvious, and cannot be taken for granted.

The Non-Overlapping condition ensures that no point is covered by more than one polygon.  The Edge-Matched condition ensures that coverage topology is stable under transformations such as reprojection, simplification and precision reduction (since even if vertices are coincident with a line segment in the original dataset, this is very unlikely to be the case when the data is transformed). 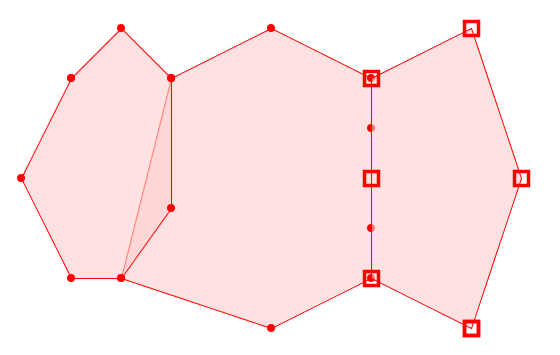 An invalid coverage which violates both (L) Non-Overlapping and (R) Edge-Matched conditions (note the different vertices in the shared boundary of the right-hand pair)
Note that these rules allow a polygonal coverage to cover disjoint areas.  They also allow internal gaps to occur between polygons.  Gaps may be intentional holes, or unwanted narrow gaps caused by mismatched boundaries of otherwise adjacent polygons.  The difference is purely one of size.  In the same way, unwanted narrow "gores" may occur in valid coverages.  Detecting undesirable gaps and gores will be discussed further in a subsequent post.

Coverage validity is a global property of a set of polygons, but it can be evaluated in a local and piecewise fashion.  To confirm a coverage is valid, it is sufficient to check every polygon against each adjacent (intersecting) polygon to determine if any of the following invalid situations occur:
If neither of these situations are present, then the target polygon is coverage-valid with respect to the adjacent polygon.  If all polygons are coverage-valid against every adjacent polygon then the coverage as a whole is valid.
For a given polygon it is more efficient to check all adjacent polygons together, since this allows faster checking of valid polygon boundary segments.  When validation is used on datasets which are already clean, or mostly so, this improves the overall performance of the algorithm.
Evaluating coverage validity in a piecewise way allows the validation process to be parallelized easily, and executed incrementally if required.

Validation of a single coverage polygon is provided by the JTS CoveragePolygonValidator class.  If a polygon is coverage-invalid due to one or more of the above situations, the class computes the portion(s) of the polygon boundary which cause the failure(s).  This allows the locations and number of invalidities to be determined and visualized.
The class CoverageValidator computes coverage-validity for an entire set of polygons.  It reports the invalid locations for all polygons which are not coverage-valid (if any).
Using spatial indexing makes checking coverage validity quite performant.  For example, a coverage containing 91,384 polygons with 10,474,336 vertices took only 6.4 seconds to validate.  In this case the coverage is nearly valid, since only one invalid polygon was found. The invalid boundary linework returned by CoverageValidator allows easily visualizing the location of the issue. 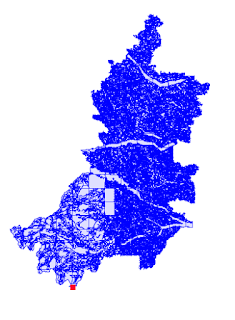 A polygonal dataset of 91,384 polygons, containing a single coverage-invalid polygon With coverage validation now available in JTS, it's interesting to apply it to publicly available datasets which (should) have coverage topology.  It is surprising how many contain validity errors.  Here are a few examples: 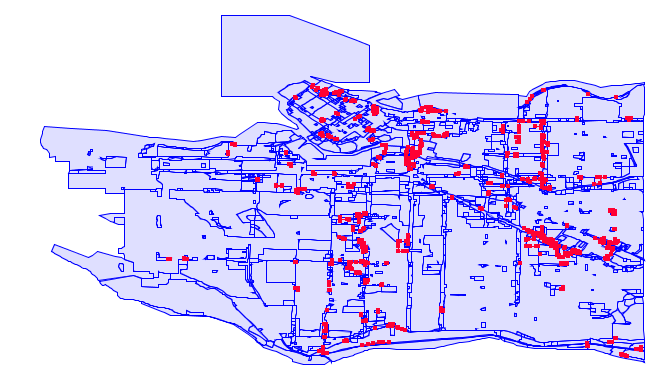 This dataset contains 1,498 polygons with 57,632 vertices. There are 379 errors identified, which mainly consist of very small discrepancies between vertices of adjacent polygons. 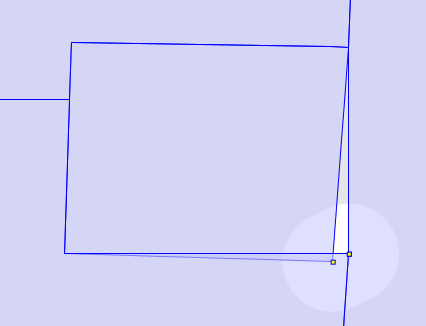 Example of a discrepant vertex in a polygon 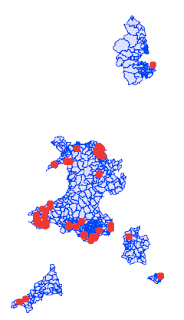 This dataset contains 1,178 polygons with 2,174,787 vertices. There are 51 errors identified, which mainly consist of slight discrepancies between vertices of adjacent polygons. (Note that this does not include gaps, which are not detected by CoverageValidator.  There are about 100 gaps in the dataset as well.) 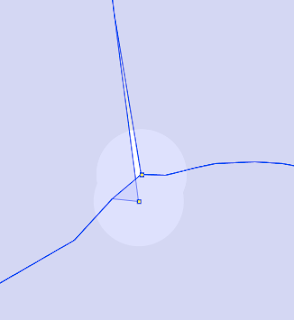 An example of overlapping polygons in the Electoral Division dataset 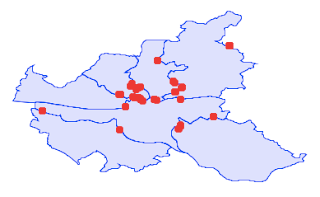 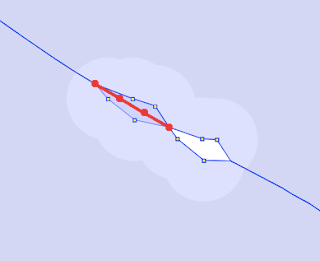 An example of overlapping polygons (and a gap) in the VerwaltungsEinheit dataset
As always, this code will be ported to GEOS.  A further goal is to provide this capability in PostGIS, since there are likely many datasets which could benefit from this checking.  The piecewise implementation of the algorithm should mesh well with the nature of SQL query execution.
And of course the next logical step is to provide the ability to fix errors detected by coverage validation.   This is a research project for the near term.
UPDATE: my colleague Paul Ramsey pointed out that he has already ported this code to GEOS.  Now for some performance testing!
Posted by Dr JTS at 15:19