Algorithm for Concave Hull of Polygons

The previous post introduced the new ConcaveHullOfPolygons class in the JTS Topology Suite.  This allows computing a concave hull which is constrained by a set of polygonal geometries.  This supports use cases including: 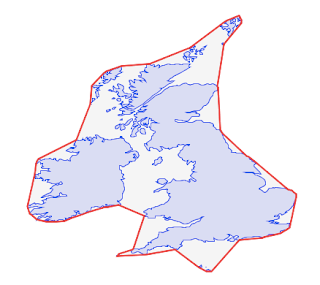 A concave hull of complex polygons

The algorithm developed for ConcaveHullOfPolygons is a novel one (as far as I know).  It uses several features recently developed for JTS, including a neat trick for constrained triangulation.  This post describes the algorithm in detail.

The construction of a concave hull for a set of polygons uses the same approach as the existing JTS ConcaveHull implementation.  The space to be filled by a concave hull is triangulated with a Delaunay triangulation.  Triangles are then "eroded" from the outside of the triangulation, until a criteria for termination is achieved.  A useful termination criteria is that of maximum outside edge length, specified as either an absolute length or a fraction of the range of edge lengths. 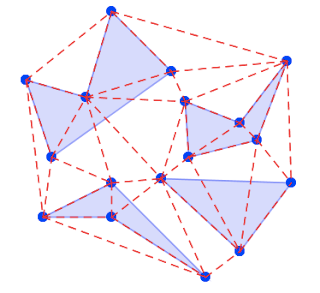 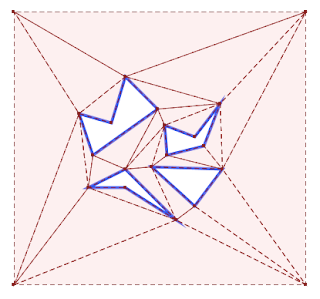 Triangulation of frame with polygons as holes

The triangulation can then be eroded using similar logic to the non-constrained Concave Hull algorithm.  The implementations all use the JTS Tri data structure, so it is easy and efficient to share the triangulation model between them. 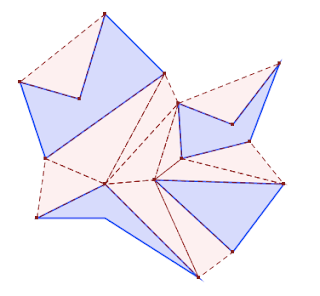 A useful option is to compute a "tight" concave hull to the outer boundary of the input polygons.  This is easily accomplished by removing triangles which touch only a single polygon. 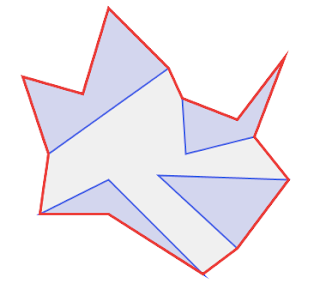 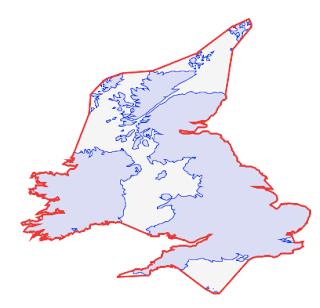 Like the Concave Hull of Points algorithm, holes are easily supported by allowing erosion of interior triangles. 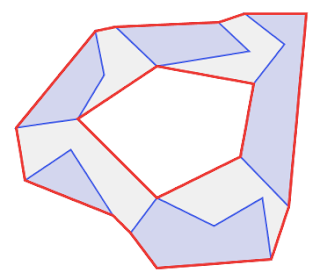 The algorithm performance is determined by the cost of the initial polygon triangulation.  This is quite efficient, so the overall performance is very good.

As mentioned, this seems to be a new approach to this geometric problem.  The only comparable implementation I have found is the ArcGIS tool called Aggregate Polygons, which appears to provide similar functionality (including producing a tight outer boundary).  But of course algorithm details are not published and the code is not available.  It's much better to have an open source implementation, so it can be used in spatial tools like PostGIS, Shapely and QGIS (based on the port to GEOS).  Also, this provides the ability to add options and enhanced functionality for use cases which may emerge once this gets some real-world use.